The Art of Selling Value – Outside Sales Talk with Paul Reilly 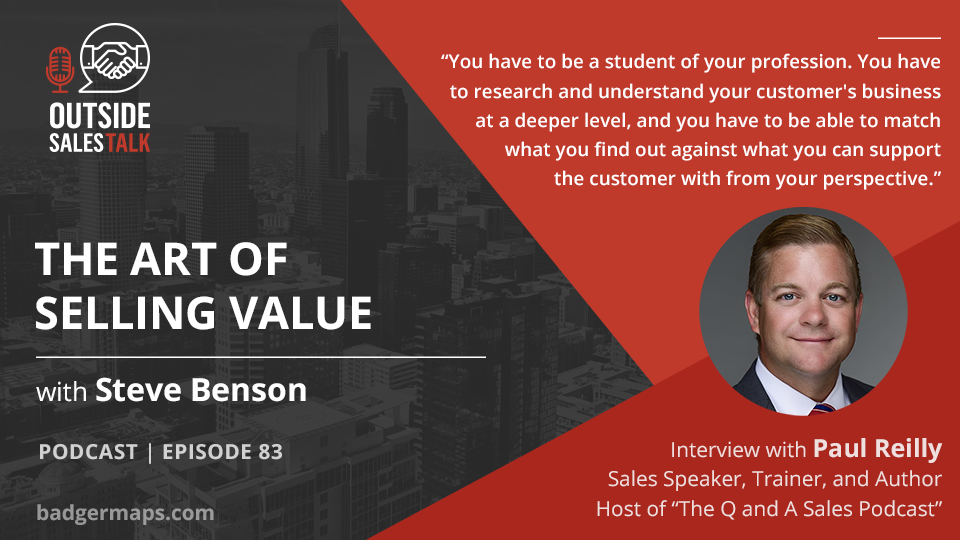 Paul Reilly is a speaker, sales trainer, host of The Q and A Podcast, and co-author of the fourth edition of “Value-Added Selling.” He is currently the president of the Tom Reilly Training Company and faculty member at the University of Innovative Distribution. In this episode, Paul discusses how to sell value and steer the conversation away from price.

About the Guest:Paul is the owner and president of Tom Reilly Training, a company that trains salespeople and their managers in the principles, strategies, and tactics of Value-Added Selling. Paul began his sales career at 16 and during his over 15-year sales career sold for companies such as Ferrellgas and the Hilti Organization. During his tenure at Hilti, he joined the Hilti Master’s Club in 2010 and was recognized in 2011 with Hilti’s three million dollar sales club. He is the co-author of the fourth edition of “Value-Added Selling” and he credits his success as a salesperson to embracing the Value-Added Selling message.

Book: “Value-Added Selling”Website: tomreillytraining.comPodcast: The Q and A Sales Podcast